nVidia is hosting a Demoscene party 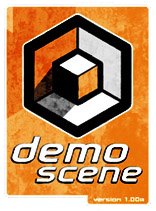 nVidia is hosting a Demoscene party!
...at their nVision conference/event, August 2008.

I've evangelized the demo scene quite a bit, at Siggraph, Game Developers Conference, on TV, and at universities. So, I'm of course excited.
(I ran the Demoscene Outreach Group, and have a small demo scene info page as well)

In other Demoscene news, looks like Sony had some involvement in commissioning a demo on PS3 (Kotaku link) named Linger in Shadows by plastic.
No comments:

Perforce is the source control solution du jour. It's great, except for a few frustrating gaps in features.

One of those gaps is the ability to quickly and easily set aside the work you were doing. Here's a nice script that solves that, called p4shelf.

The author has several other good p4 tips as well, on his blog Aurora.

The next most frustrating aspect of p4 to me is the inconsistency of integrating file changes vs file creation/deletion. It is easy to integrate changes you've made to a series of files. However, when you've added or removed files between branches, suddenly your integrations are much more complex. You can not, for example, choose to ignore a file deletion.
No comments:

Stephen Sherman is a friend of mine, and cranks out a podcast The 10th Muse once a week with Patrick Lister and guest game developers (usually from their peer pool at Slipgate Ironworks). I've wanted to listen for a while -- but the fools drivel on for an hour each time! With a 10 minute commute to work, and plenty of life priorities, I rarely would have the time.

It's as good as playing Final Fantasy while simultaneously watching stand up comedy. Or Puzzle Quest while sharing a chick flick with my wife.

Crowded market space of small games, such as on XBOX Live Arcade & the creators club

They pointed out that it might be better to develop for Sony's PSN to get better exposure. I disagree if their goal is better support. MS will be keeping the creators club and Arcade games in separate categories, and MS does throttle the exposure of Arcade games. Sony and Nintendo OTOH don't -- it's all a wash and you just pay up to get marketing "shelf space". In the end I think it's mostly the same, but I think they overlooked the current better model MS has been offering.

Team Fortress as the best current FPS. Better than halo unless you're a fanboy.

While I completely agree, I've got a friend Mike Daly who begs to differ. ;) Mike is great to get in person to hear him rant, but we'll just see how well I can paraphrase this rant here:

Halo 3 is way better at LAN games. You can get 4 people per box, without 5 billion watt power supplies & heat. This is the primary indisputable reason.

Then, there's the single button bash, and grenades and vehicles. Anyone can assassinate, not just the stupid spy.

And there's great events. Like the time two guys threw grenades at each other, and one was sticky. It stuck to the other grenade and flew back to the first guy and killed him with the 2 grenades.

On Middleware presentations being sales focused

So in episode 12 the evolution of GDC was being discussed, including the increased commercialism. Stephen made this point:

Not that I have any hate for middleware. Vince Scheib, who's one of the lead developers at Gamebryo [...]. And his middleware is great, but if he has a talk, unless his talk is really going to be hardcore technical (I'm confident it's going to be) I probably wouldn't attend.

I agree with the instinct, but experience shows mixed results. First, the compitition: I've attended several other corporate presentations, and they frequently have value to add. It varies. nVidia and ATI are usually quality. I've been to Epic presentations that were pure sales pitches, but one of the early ps3 presentations had solid technical material too. Besides being really quiet and hard to understand, an engineer gave a talk on Crysis & the CryTek engine last siggraph ~ it had solid technical content -- though not quite as much as what the Valve guys have been dishing out.

Gamebryo engineers try hard to make technical presentations that attendees can walk away from with real value that they can use. Reputation and leadership is the first goal, sales leads are easy to generate after that.

As frank as I can be given that I'm obviously biased, I'd say my past presentations have been primarily technical content, with a kicker slide at the end that basically says, "yep, and look, we've implemented it and you can get it out of the box."

E.g. we completely broke down our design of SPU utilization on PS3s and how we're optimizing that same cross platform code for other platforms. Before the launch of Xbox 360 we did a postmortem of our 360 dev kit GDC demo, pointing out our implementation of HDR, workarounds, and the design of our predicated tiling system.

When I'm attending talks, yeah I pay attention to the possible sales angle, but I don't get too scared off by companies selling something. Most middleware vendors are more motivated to offer technical content that most game studios. Us handing out the tech can make us money if you're too impatient to rewrite it and support it. Game developers have less to gain. Well, other than (as you pointed out) telling you how exciting it was to work on such an exciting game!
No comments:

Getting Links from Adam

;) Put a blog out there, and then you need people to link to it.
Adam Creighton has helped out with a link back. He's the product manager for Gamebryo. But, little known fact: he's also the voice actor for our GDC 2008 demo Forbidden Terror on Space Station Z.
We attracted a fair bit of attention at Game Developers Conference with people playing our rail shooter on the Wii.
No comments:

Email ThisBlogThis!Share to TwitterShare to FacebookShare to Pinterest
Labels: _Links

Sean Barrett put together a nice tech demo and presentation at GDC 2008 on virtual textures. He has shared this online:
http://silverspaceship.com/src/svt/

Id Software has been making press over the last year regarding Megatexture. It's likely that Sean's method covers the primary technique being employed there.
Some quick thoughts from me:
brief note: Major Kudos to Sean for recording and publishing his hour long presentation, and sharing tech demo source code. Most professionals don't have the time or energy to do that.
No comments: 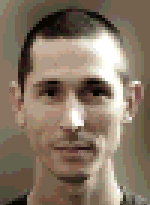 I've delayed blogging for quite some time because I have a web page (http://www.scheib.net ) already. That's where I put things I want to stick around.

This blog's goals are to be