These two pictures show:
Which is which? 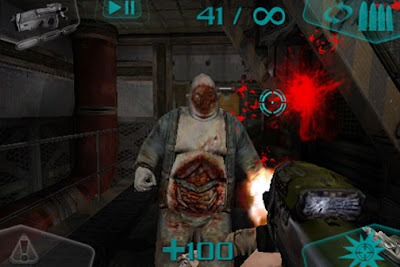 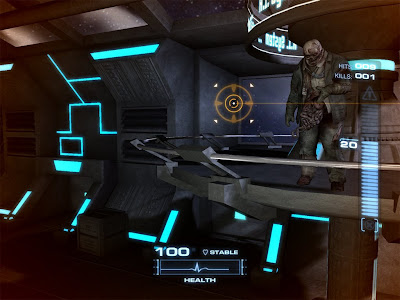 Interesting similarities. ;) Kudos to our tiny demo team for GDC 2008.
Thanks Michael Noland for pointing it out.
(Resurrection picture from Kotaku)
No comments:

Some thoughts on E3 2009 press briefings from Microsoft, Sony, and Nintendo. 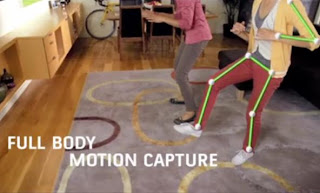 Motion capture was a big focus from all three, which seems to be an attempt to show technical achievement and ability to grow into the market area Wii has had some success with.

Microsoft had some big news with device free, full body tracking (Natal concept advertisement). That's very impressive, and I give mad props to Ryan Geiss who's been a key contributor on the Xbox team that pulled off the software side of things.

Sony has a odd looking engineering prototype that requires you to hold a controller with a light bulb on it. However, they deliver excellent precision and tracking with nearly no lag (Sony live demo).

Nintendo discussed their previously announced motion plus, which adds precision to their unfortunately laggy and low precision launched wiimotes.

Some criticism to go around?

Overall, I'm still curious about how much impact motion based gameplay will have on the long run of games. I think there'll always be a place for it, perhaps more as a gimick. But, the recent hype of Nintendo's Wii may diminish (many of their consoles sold to the "new market" are collecting dust after the gimick wore off). Will the result be the same as 3D stereo glasses? A gimmick that returns every decade or so, only to still be realized as a gimick without lasting appeal?
Social networking was focused on quite a bit too, along with adding other non-game elements to the systems. Facebook, Twitter, and more Video. TV and movie delivery work out well, but it's odd that Sony didn't have more to say here. Sony Pictures should be owning this market nicely, but the bigger news is Netflix and Sky on Microsoft Xbox 360.

Games
Well, many looked good, but also more of the same. ;)
One Game that stood out to me: Mod Nation on PlayStation. It's editor is great, so easy, so much what I wish Trackmania offered. ;) Now if they can only get their game play to be as fun as Trackmania.