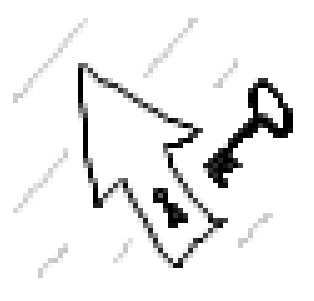 Pointer lock has shipped with Chrome 22, it's out of Beta and releasing on time! Fancy demo first, check out Mozilla's First Person Shooter Demo.

Pointer lock offers the ability to hide the mouse cursor and use movement for controlling the camera without bumping into the edge of the screen or moving off the browser window. I've been working on it for some time, including writing the Pointer Lock specification.

It's been a long path. Things started with early prototypes and discussions of mouse lock in standards lists (and more, as it was renamed to pointer lock). Not everyone in the browser community was ready to just jump on board. It took some explaining, and still there were the those who think "Browsers are for looking at static documents, not web applications! This API is too powerful for the web." Also, people who wanted more, to the point of impracticality.

One challenge of specification was that I limited the resolution to be the same as mouse movement events without pointer lock. A direct connection to a high resolution mouse offers higher precision unaltered by an operating systems acceleration, or 'ballistic' algorithms. Sounds great, but how can this be specified, calibrated, and offered across browser vendors and operating systems? I stuck with keeping it simple and producing the exact same mouse movements received today, but without the limits of screen boarders or moving out of an application's focus area. More details in the spec FAQ.

I was pleased when David Humphrey jumped onto the Mozilla Issue. He is a professor at Seneca College and implemented Pointer Lock in Mozilla as a class project. They did great work, and eventually shipped to Firefox 14 a bit before Chrome.

One of the differences is that Firefox only allows pointer lock when pages have made an element full screen. This provides good security shelter, as Fullscreen had already been rigorously designed, implemented, and tested due to a real security threat (tricking a user to enter data into a website pretending to be another application). It was important to me to ship Chrome with non-fullscreen support on day 1, as I believe it to be a real need and wanted to discover security issues up front. The security policy in Chrome is split between the Chromium and WebKit open source projects, adding to that complexity.

On the topic of Fullscreen, there was a significant Pointer Lock API re-write in order to be as consistent as possible with the Fullscreen API. They do have many similarities, and are likely to be used at the same time by developers. However, I do lament using the Fullscreen style pointerlockchange and pointerlockerror events to notify a developer of success or failure. In my original specification I used callbacks. The advantage of callbacks is a guaranteed 1 to 1 correspondence of request and response. The events allow for cross talk between different bits code using the API, and are more fragile. On every event, code must validate if the event was due to a related request it had made (which it must keep track of).

With the help of Yuzhu Shen and others, we shipped an early version of Mouse Lock to Pepper plugins much earlier, including Native Client games. There security concerns were somewhat more relaxed as content using the API had to be published in the Chrome Web Store, as opposed to the open web. Via the store, we could have more control to remove content if it were misbehaving.

I'm looking forward to seeing new classes of applications implemented on the web using this API. ;)