Testing Build Times with RAID 0 on a Dell Precision 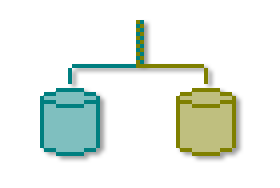 Machines from Dell can easily be configured with a RAID controller these days. I was curious to see: Would using RAID-0 (striping) improve build times? The short answer: no.

On one hand, I'm not surprised. On the other, I really wanted to give it a true scientific test, with real parts and a real workload. It's so easy to purchase machines configured this way, we might as well be buying machines in an optimal config.

I've been wanting to run this test scientifically for a while now. So I jumped on a new Dell Precision T5400 that had been ordered, and had it configured with a second hard drive (320GB SATA 3.0Gb/s, 7200RPM HardDrive with 8MB DataBurst Cache).

I installed Vista, Developer Studio 2008, DirectX August 2008, and Gamebryo 2.5. I built the Debug configuration of the first sizable solution (CoreLibs) which contains 11 fairly small libraries. Then I did it all again with a RAID0, 128kb block size. Build times were equivalent at 1 minute 15 seconds.

Now, I'm a graphics guy, not a hardware guy -- so maybe I overlooked something. If so... ;) let me know. I'll hold off a few days before I build up this machine for production use. At the moment, I'm planning on not using a RAID configuration.