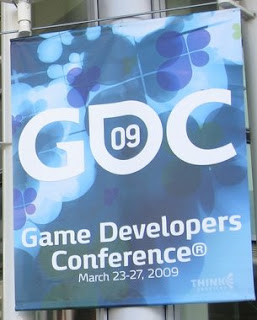 Gamebryo Lightspeed consumed nearly all my GDC hours. I was slammed with setup, demos, client meetings, partner tech meetings, and selling on the show floor 16 hours a day all week. ;) Friday 11pm when I thought I was finally free, I was pulled into a group of Japanese developers to pitch some more.

Other things I did see: