One Year at Google 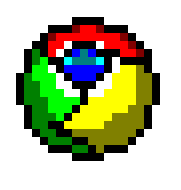 I've been at Google one year.

A lot has happened, but the vision stays the same. I and others are working on improving tech to support great applications on the web. Better performance, use of GPUs, 3D, and much more (audio, connectivity, device access, monetization, discovery, ...).

We've also continued hiring great game developers, and I'm humbled every day by the ones I'm working with. (e.g. people keep doing double takes that Bill Budge is working a few cubes down.) Ian Lewis has hit his stride and is doing a great job driving Game Developer Relations (btw: hiring) (and, well, all of Google is hiring really, even back in the Research Triangle NC, drop me a line if you'd like help applying).

Chrome GPU team is my home, though I'm still excited about Chrome OS where I started. There's a lot of core infrastructure for all GPU features, some of which are starting to ship, like WebGL.

20% time is a great perk at Google. Not everyone uses it, but I take a lot of it to help Game Developer Relations out and also do some game experiments.

Google was the hardest job I've joined yet, though. There's so much to learn, so much great tech and products, tons of fascinating things to look into, and so many rather smart folk. I love the culture, the positive "do the right thing" attitude, and that there are engineers all the way to the top. I'm excited for year 2. ;)